Denied Entry into Canada Due To DUI 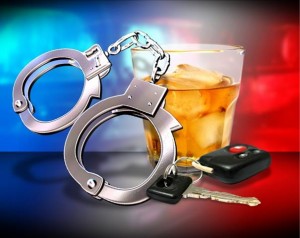 Canadian immigration is very tough on inadmissibility. One of the grounds for inadmissibility in Canada is criminality. Criminality refers to domestic crime committed by a person. When a person is convicted of a crime outside of Canada it is important and necessary to compare the elements of Canadian law with those of the foreign jurisdiction to determine whether the person is inadmissible or not. What does not matter is the foreign law under which the person was convicted rather what matters is the equivalent of that conviction under Canadian law. The officer has to establish that the foreign offence contains the essential elements of the offence in Canada to show that it is equivalent to the foreign offence. The officer can compare foreign law and foreign court and examine the person at the admissibility hearing. The intent behind this policy is to deny entry to those in Canada who intend to use the Canadian soil as a safe haven from their criminal proceeding to who are feeling for criminal proceedings. However criminal charges that are dropped or result in not guilty verdict will not cause in admissibility but if the person is going through trial at the time for a charge they may be inadmissible pending the results of the trial.

DUI refers to driving under the influence and it is a relatively common offence. A person charged with a DUI can become inadmissible to Canada because Canada consider drunk driving as a serious offence. What can be done to enter Canada with a DUI? In case where a person holds a conviction of DUI on his or her record and needs to enter Canada, the best option is the Temporary Resident Permit. TRP are awarded by the minister to foreign nationals who may be barred from entering Canada as a temporary resident either because of inadmissibility or because of a failure to meet the requirements of the IRPA. TRP makes it possible to enter Canada in those situations. However, for a DUI it has to have been five years since the sentence to apply for a TRP.

Other reasons for allowing an inadmissible person into Canada include:

For further information on inadmissibility due to a DUI charge or other criminalities, contact us and we will help you in your matter.