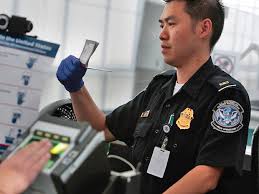 If you have been refused entry to Canada and you have a criminal record, it is quite possible that you may be considered inadmissible to Canada based on this fact. If so, you will require a Temporary Resident Permit.

This is a document that overcomes any inadmissibility, not just criminal. However, there are a number of other reasons you might be considered inadmissible.

In terms of Canadian Immigration inadmissibility means: there is a medical condition, recent or past criminal conviction(s), financial concern(s), you misrepresented information in your application or there are serious criminal concerns that cause you to be inadmissible under the Act and prevent you from entering or remaining in Canada without a Temporary Resident Permit.

Another factor that may make you inadmissible is non-compliance. Non-compliance means you directly or indirectly failed to satisfy the requirements of the Act or Regulations. Some examples are as follows:

As a Permit holder, once you obtain your Temporary Resident Permit, you are legally authorized to enter Canada temporarily. However, you are restricted in your authorized length of stay and you are subject to various other conditions.

Your eligibility for another Temporary Resident Permit may be affected by any of, but not limited to, the following reasons. You: