Refused Entry to Canada from US 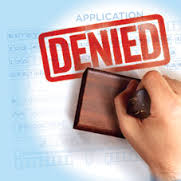 Millions of people attempt visit Canada every year. At the same time, many of those people come to discover that they are considered inadmissible to Canada for one reason or another. If you have been refused entry to Canada, it can be due to"

If you have been refused entry for criminal reasons, it means that a previous charge, conviction or commission of a crime appears on your record and a Border Services Officer has determined that, as a result, you a refused entry.

If you have been refused entry to Canada, a CBSA Officer has determined that your current unique situation poses a risk to Canada. As mentioned above, these risks go beyond solely criminal reasons.

If you are found medically inadmissible, it is because it is determined that your current health condition may pose a risk to Canadians. This can be the case with a communicable disease or other such illness. You may also be refused to Canada on medical grounds if your current health situation would be considered a burden to Canada’s healthcare system. This means that if your medical condition requires ongoing treatment or you require special care, you may be considered inadmissible as a result.

In situations such as these, a Temporary Resident Permit is almost always required to overcome this inadmissibility issue. Further, you will need to demonstrate how you should not be considered inadmissible. This is often easier said than done.

If you face a situation where you are considered inadmissible, contact Forward Immigration. We have a wealth of experience in dealing with matters such as this and will work hard to help you achieve your goals in Canada.