Entering Canada with a Felony Conviction 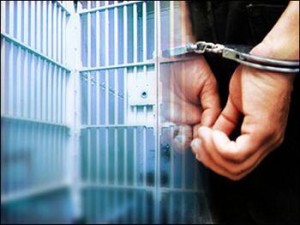 When a person is convicted of a crime outside of Canada it is important and necessary to compare the elements of Canadian law with those of the foreign jurisdiction to determine whether the person is inadmissible or not. What does not matter is the foreign law under which the person was convicted rather what matters is the equivalent of that conviction under Canadian law. The officer has to establish that the foreign offence contains the essential elements of the offence in Canada to show that it is equivalent to the foreign offence. The officer can compare foreign law and foreign court and examine the person at the admissibility hearing. The intent behind this policy is to deny entry to those in Canada who intend to use the Canadian soil as a safe haven from their criminal proceeding to who are feeling for criminal proceedings. However criminal charges that are dropped or result in not guilty verdict will not cause in admissibility but if the person is going through trial at the time for a charge they may be inadmissible pending the results of the trial.

Three Types of Criminality that is Ground to Inadmissibility to Canada

Serious Criminality refers to the offence that is punishable by a maximum of 10 years or more imprisonment. If the offence was convicted outside of Canada then it would be reviewed to determine the equal counterpart of that offence in Canada and the charge for it.

Criminality refers to grounds of inadmissibility for foreign national only and not to permanent residents living Canada already. This is a lesser threshold of criminality which involves convictions that are summary, indictable or hybrid offences.

Organized Criminality refers to a permanent resident or a foreign national’s involvement with an organized crime group which leads to inadmissibility. In case where a person holds a felony conviction on his or her record and needs to enter Canada, the best option is the Temporary Resident Permit. TRP are awarded by the minister to foreign nationals who may be barred from entering Canada as a temporary resident either because of inadmissibility or because of a failure to meet the requirements of the IRPA. TRP makes it possible to enter Canada in those situations. However, for felony conviction, it has to have been five years since the sentence to apply for a TRP.

Other Reason for Allowing an Inadmissible Person into Canada Include:

A pardon may be granted under the Criminal Code, a person who is pardoned from the offence at issues is exempt from inadmissibility. A foreign pardon must be equivalent to a pardon in Canada. This applies regardless of whether the offence occurred in or outside Canada.

An acquittal or finding of not guilty also exempts a person from inadmissibility. This applies regardless of whether the offence occurred in or outside Canada

Individual Rehabilitation is not Deemed Rehabilitation; in this case the person must apply for rehabilitation. The person to be eligible under this must show it’s been 5 years since the sentence, in which the conviction equates to a hybrid or indictable offence in Canada.

Tags: a criminal rehabilitation application canada, are you inadmissible to canada, Denied Entry because of Charge of Felony, Denied Entry to Canada, Entering Canada with Felony Conviction, Felony Charges and Entry to Canada, how can i enter canada if i have criminal offence, how can i get pardon to enter canada, i have felony can be deemed rehabilited